Records Management for the Energy Industry

"The cost savings there could be in the millions of dollars." David Cantu, Vice President of IT, Black Elk Energy To gain the same efficiencies with paper that it enjoyed with electronic documents, Black Elk deployed FileTrail and has improved paper records handling efficiency by 25% and decreased the rate of hiring management staff, a cost avoidance of $100,000.

With FileTrail, staff can more quickly mine the valuable data buried in paper files and can make newly acquired assets productive sooner. The solution has been so successful that Black Elk plans to extend the tracking capabilities of FileTrail to other physical assets, such as offshore equipment.

Black Elk was formed in October 2007 by industry veteran John Hoffman with six employees and about US$1 million in seed capital. Black Elk specializes in buying oil and gas wells (primarily in the Gulf of Mexico) that are under-producing and applying capital and technology to make them profitable. By the end of 2011, the company was valued at nearly $950 million. The company also excels at maximizing value from oil and gas assets through the use of engineering and industry expertise.

While Black Elk was brimming with new oil and gas properties and projects, it was drowning in paper. With every acquisition came boxes of paper file folders that documented the assets’ history.

“Some of these fields were drilled in the 1970s, before computers were in common use, so many came with 30-plus years of paper documentation,”

“One recent acquisition brought with it 3,500 boxes of documents.”

Far from uninteresting historical records, these file folders contained the keys to unlocking the wells’ potential value. Although Black Elk examines land records before making an acquisition to determine a field’s recent production, it does not have access to historical data before buying, so Black Elk never knows the exact potential of a purchase until it digs into the records. In fact, much of its business model is based on extracting value from data that former owners have missed.

Consequently, as soon as Black Elk acquires an asset, its engineers, geoscientists, and even the accounting staff clamor for these files. The problem was that every folder needed to be inventoried first by the document control staff, which took weeks or months. Also, the document control staff recorded metadata about each file in a spreadsheet, but the spreadsheets could not be updated quickly enough to track files as they moved from department to department within the office.

In July 2010, even before the paper management problem emerged as a significant business pain point, Black Elk had implemented an enterprise content-management system. With the quickening pace of acquisitions, management had witnessed the emergence of “silos” of information in various departments, which it feared could ultimately result in redundant and inconsistent data, lack of information sharing, and an overall slowdown in the pace of business.

In May of 2010, Black Elk selected FileTrail’s software program for a complete physical records tracking and management solution. “Our partner, FileTrail, provided great support to us through the entire deployment, providing any help we needed quickly. The project went to smoothly that I never had to get involved. The whole installation took just three weeks.”

The solution has been so successful that Black Elk plans to extend it to other physical assets, such as offshore equipment.

By deploying FileTrail, Black Elk Energy was able to extend efficiencies to its physical records. The company improved paper records handling efficiency by 25% and realized a document control staff salary cost avoidance of $100,000. Best of all, Black Elk employees have faster access to the valuable data buried in paper folders and can more quickly determine strategies for extracting value from new oil and gas assets.

By using FileTrail, Black Elk is able to speed its paper records intake process, which leads to getting historical well data to the various departments faster. “We are processing more physical records per person today than ever before,” Cantu says. “Our processing efficiency has increased by 25%, which means that as we grow, we don’t have to add staff in our document control area as rapidly. That’s a salary cost avoidance of $100,000 over the next one to two years.”

With the new system, Black Elk employees can immediately discover the contents of paper folders and access the folders themselves faster than ever before.

“Now that we have a structured repository for our paper records, we can speed up our overall pace of business by giving employees faster access to needed information,”

“Our turnaround time for information requests is easily 75% faster. By moving paper files around our office faster, we can make decisions faster and ultimately realize a payback from our oil and gas investments sooner.”

As an example, Cantu was able to create a report on all of the company’s production handling agreements, which are contracts to process other companies’ oil and gas using Black Elk drilling platforms. “I was able to quickly put together a list of every production handling agreement we have; previously, this would have taken a month,” Cantu says. “We were able to move on to analyzing those agreements to ensure that we were getting all the revenue that we were due. In this case, the ability to immediately lay our hands on needed documents translated into money in our pockets.”

At the rate that Black Elk is growing and acquiring new and larger assets, the ability to quickly track and access paper documents is critical. “In 2008, we had one offshore field, and today, we have 80-plus,” Cantu says. “It’s phenomenal that we can pull together reports on our paper files in any amount of time, especially in the amount of time we can do it today.”

Flexibility to manage other physical assets

Black Elk has had so much success in using FileTrail to track file folders that it is evaluating how it might use the software to track other physical assets, such as IT and offshore equipment. Cantu’s staff puts computers and satellite units on offshore platforms and, with FileTrail, will be able to better track them. Black Elk could also use the software to track rental equipment used on offshore platforms.

“Some of these items cost $500 per day to rent, then often no one had a good way to track them,” Cantu says. “We’ve had rented equipment sit on a platform for months with the rental bill ticking away. Now we can track these assets and return them as soon as we’re done with them. The cost savings there could be in the millions of dollars.”

Download the full case study by completing the form below: 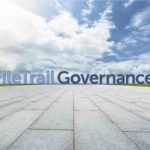 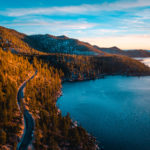 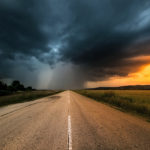